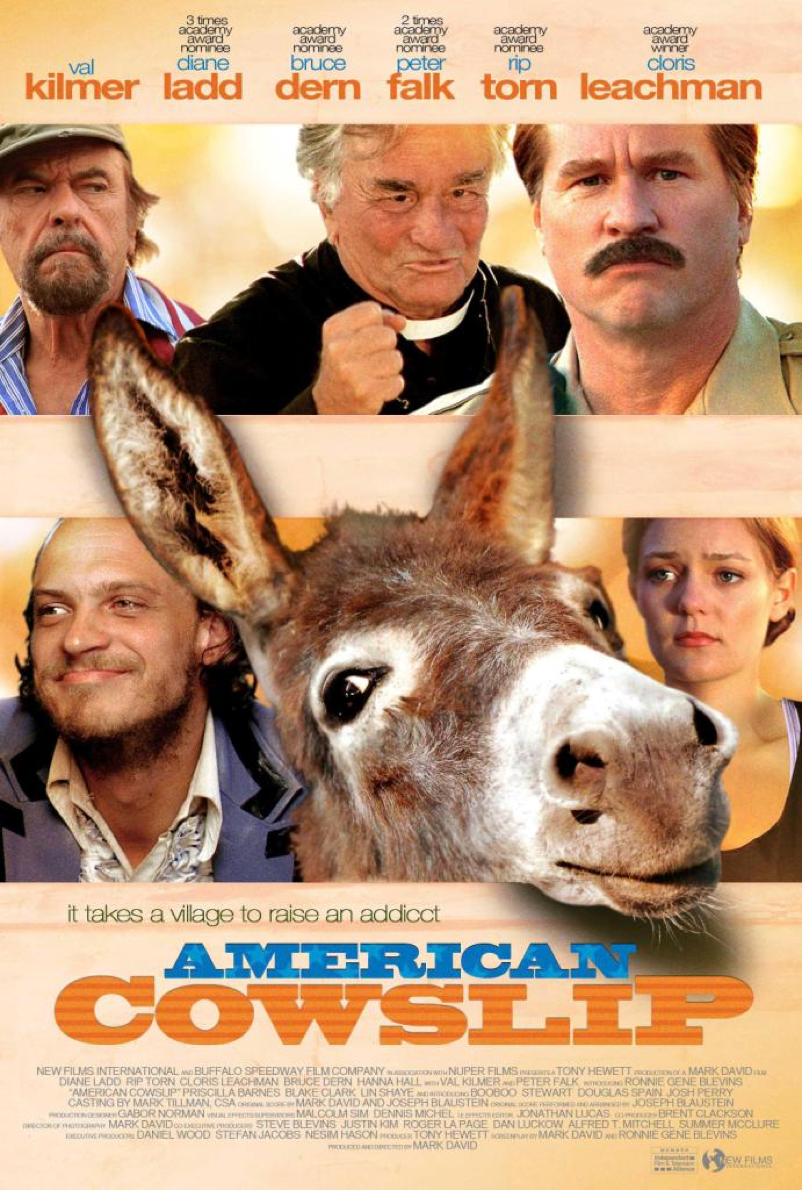 Synopsis: Trapped in small-town California USA Ethan Inglebrink is searching for the perfect moment in a life that is running out of time. And the odds are against him… Ethan (introducing RONNIE GENE BLEVINS) is an agoraphobic, drug addict obsessed with his garden. Ethan’s neighbor, landlord and maniacal high school football coach Trevor O’Hart (Academy AwardTM Nominee RIP TORN, Men in Black; Dodgeball) has big plans for Ethan: eviction. Ethan’s Older brother Todd (VAL KILMER, Tombstone; Wonderland), also the local sheriff, is convinced that Ethan’s salvation must be orchestrated by an act of God and calls in the family priest (Two-time Academy AwardTM Nominee PETER FALK, Princess Bride; Wings of Desire) to lead the crusade. As the countdown begins Ethan is convinced that his search will end once he grows the perfect American Cowslip, a beautiful, rare flower that will be the centerpiece of his garden and a floral representation of his life – and maybe even win him the town’s Garden of the Year contest, with its $10,000.00 first prize, enough to cover Ethan’s very delinquent rent and stop the Coach from kicking him out of his life. Dueling gardens ensue as Ethan still manages at to convince his poker buddies and surrogate moms, Roe (3-time Academy AwardTM Nominee DIANE LADD, Wild at Heart; Rambling Rose), Sandy (Academy AwardTM Winner CLORIS LEACHMAN, The Last Picture Show; Inglourious Bastards) and Lou Anne (LIN SHAYE, Something About Mary), that he shoots up insulin for his diabetic condition. Ethan’s cover up pushes Roe to dig deeper – only to find herself confronted by her own secret. Ethan’s perfect moment may lie not in his garden but in the love and redemption offered by his 17-year-old neighbor Georgia (HANNA HALL, Virgin Suicides; Halloween), desperate to escape her abusive father (Academy AwardTM Nominee BRUCE DERN, Coming Home).