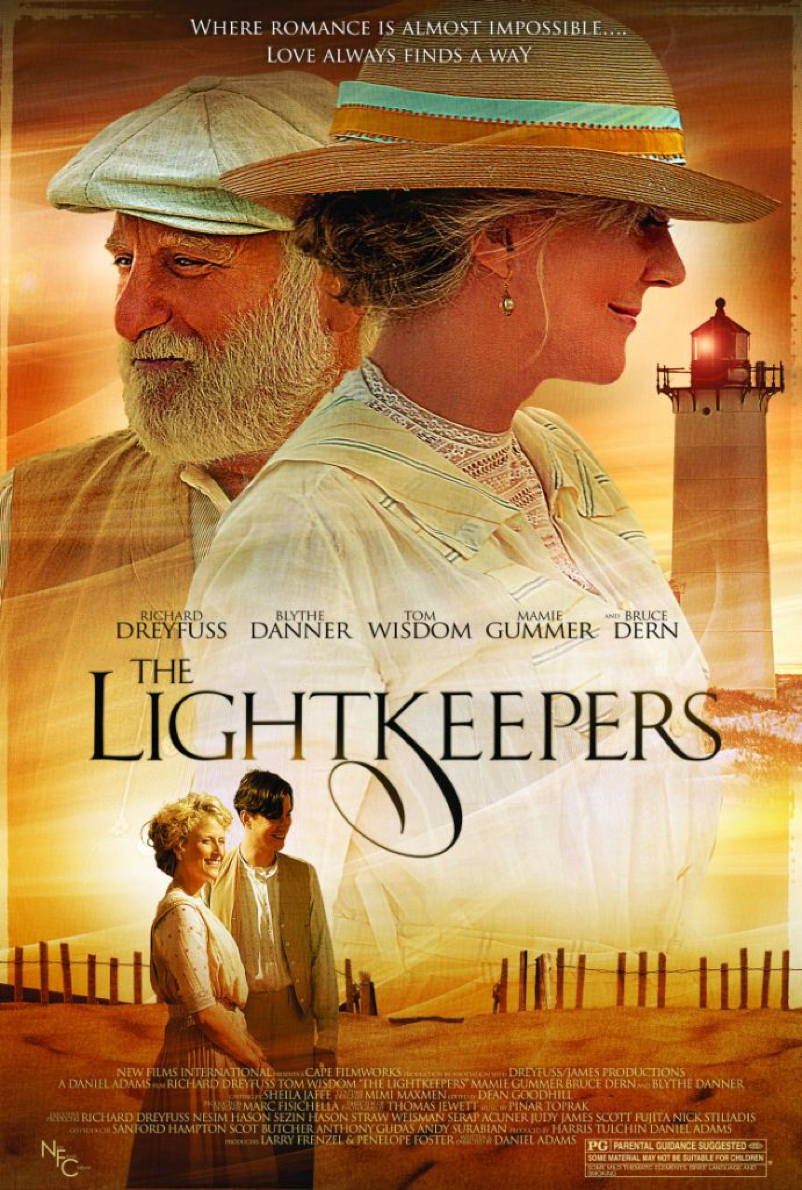 Synopsis: Seth Atkins (Academy Award Winner, RICHARD DREYFUSS) is the light keeper on a deserted outer beach of Cape Cod in the year 1912.  Seth’s assistant suddenly quits, no longer able to tolerate his bad attitude and hate for women.  He is left to manage the lighthouse on his own, until a mysterious, strapping young man washes up on shore with the desire to become Seth’s new assistant.  They eventually swap tales from their past, beginning to explain each of their distaste for women.  It’s not long before the two men must contend with the lovely Ruth Graham (MAMIE GUMMER) and her housekeeper, Mrs. Bascom (Golden Globe Nominee BLYTHE DANNER) who move into a nearby cottage for the summer.