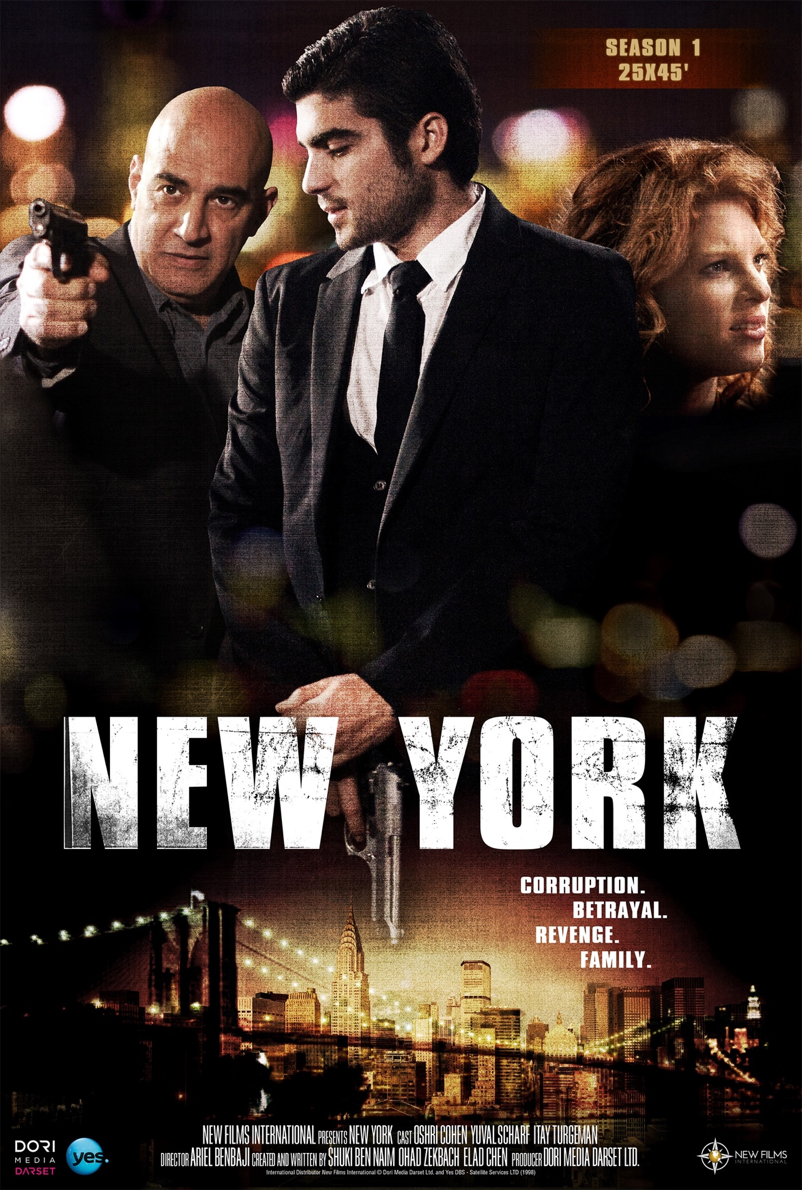 Synopsis: NEW YORK tells the story of a group of young Israelis living in New York City, who gets involved in dealing drugs at the service of the Elcharizi crime family. The second season begins about a year after the end of the previous one. At this point Yossi Elcharizi, youngest (and favorite) son of Jacky Elcharizi, the boss – has disappeared after failing to follow through on orders he got fromhis father– orders that were supposed to get Jacky and older brother Reuven out of prison. Yossi has been living under an assumed namein Wisconsin, working as a real estate broker and is engaged to be married to Mia, glad to have left his life of crime behind him.

When a mysterious international organization called Pax Romana get into the picture – the delicate balance of Yossi’s new life is interrupted and he is forced to relapse into a life of crime in New York City at the service of Pax Romana – which pits him against his own family and friends.

Yossi is blackmailed into building and heading an internationalcocaine ring for Pax Romana but all he really wants is to get out of his commitment to the mysterious company and go back to living an honest life with Mia. Every time he thinks he is about to achieve that he is sucked back in, a pawn in a game of revenge he is not even aware of.