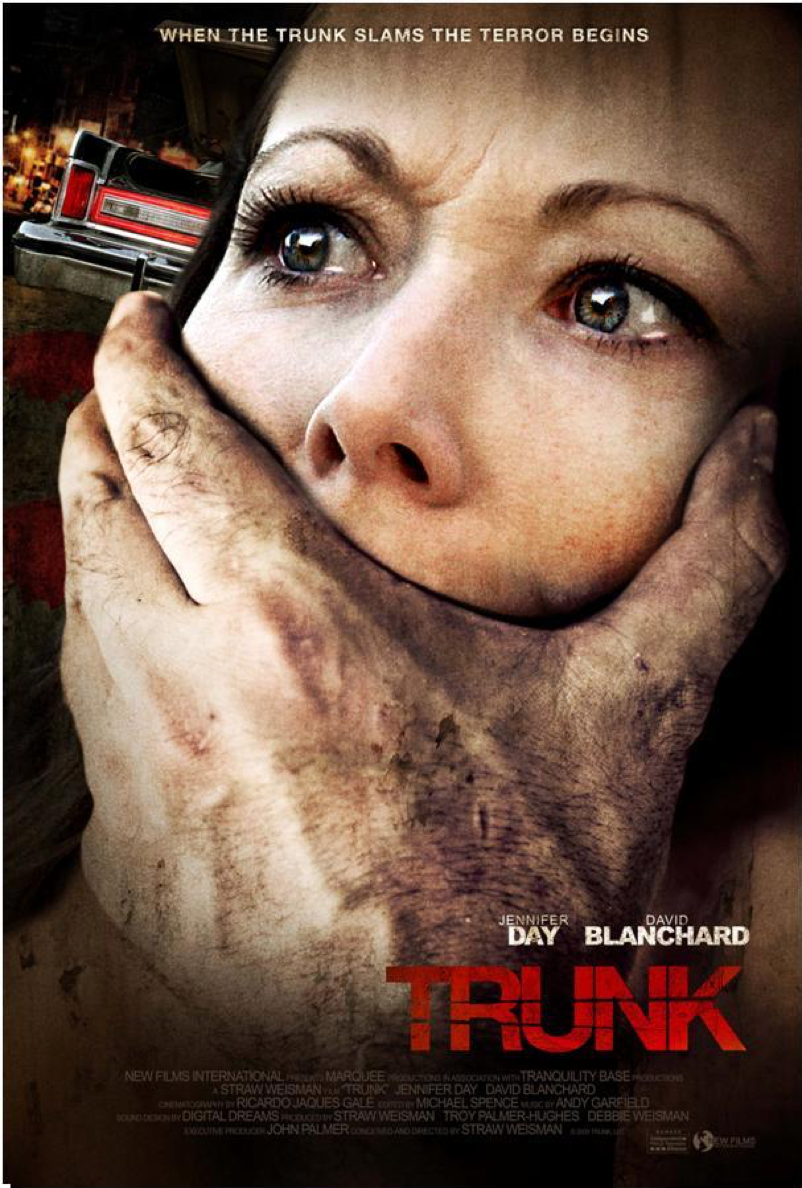 Synopsis: Megan Johnson, a beautiful, 20-something single mom, with a lot on her plate, is kidnapped and imprisoned by a serial killer in the trunk of his car.  What she discovers about herself and her abductor, while trapped, will make the difference between survival and imminent death.