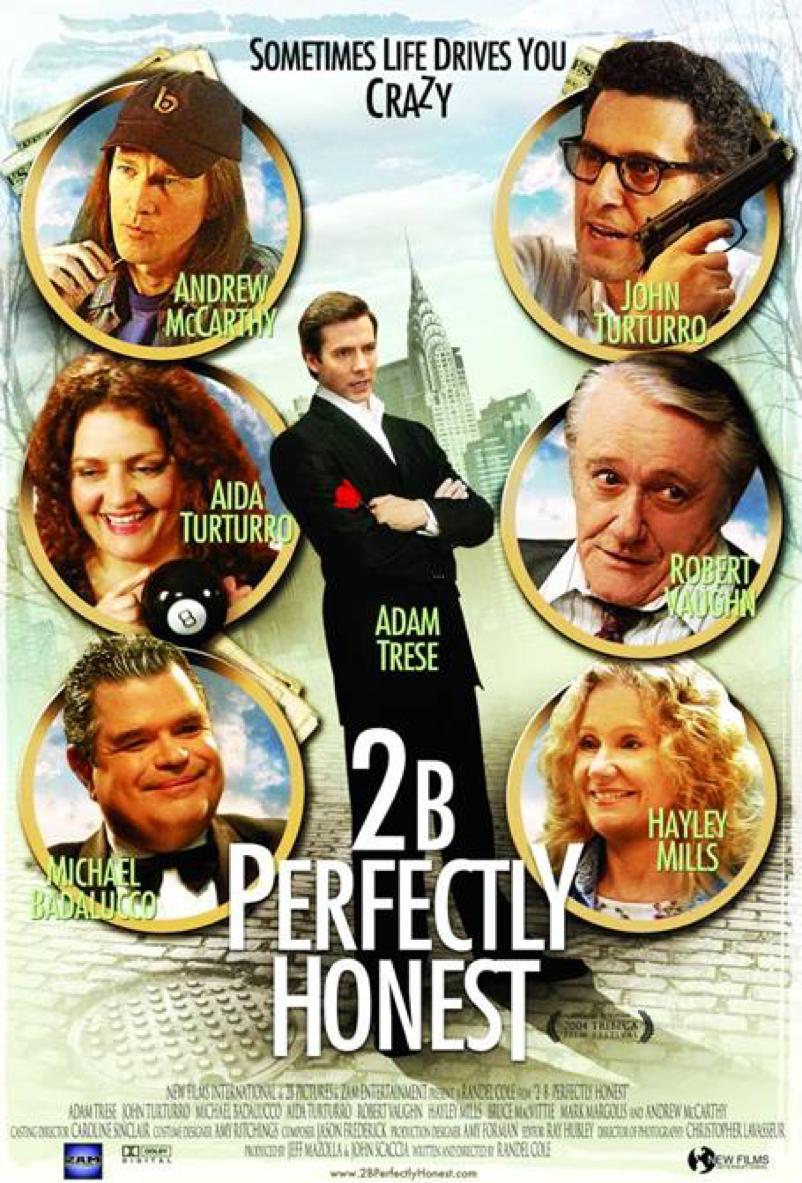 2B PERFECTLY HONEST TRAILER from New Films International on Vimeo.

Synopsis: Frank (Adam Trese) measures success by his Armani suits. Josh (Andrew Mccarthy) is Frank’s business partner and a hippie computer-wiz trying to maintain a moral compass.  When their dot-com business collapses before it even goes online, Frank moves back home to live with his parents and Josh is forced to consider the unthinkable – getting a real job.