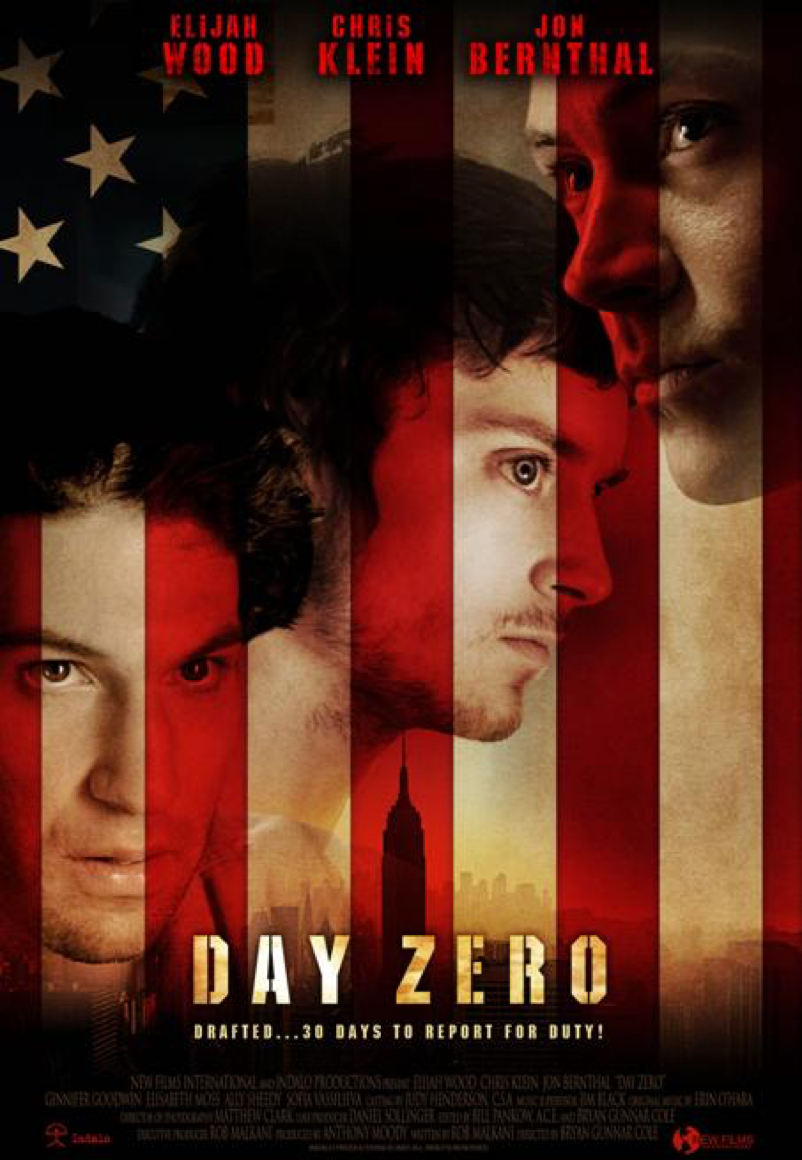 Synopsis Day Zero follows the lives of three best friends in New York City who have thirty days to come to terms with their fate, being drafted into the military. Rifkin (CHRIS KLEIN) is a married lawyer whose career is on the rise. Feller (ELIJAH WOOD) is working on his second novel. The first was a smash success, but he’s having a writer’s block.  Dixon (JON BERNTHAL) drives a cab and lives a solitary life. Over thirty days, they will find their relationships tested as they confront long held beliefs about life, death, courage and love.