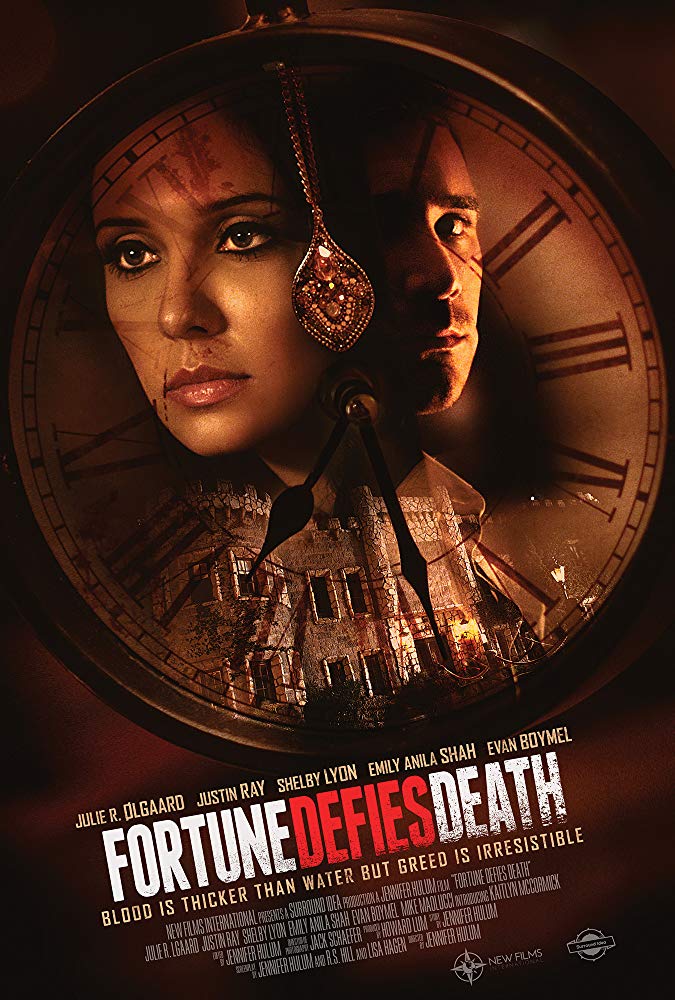 Synopsis: The Woods family gathers at a cabin resort to hear the last will and testament of their wealthy patriarch George Woods ten years after his death. All vying for the much-anticipated Woods’ fortune, the players include his greedy sister and her grandson, an eccentric niece and two ambitious nephews, his mistress, and his missing daughter’s husband with their amnesiac granddaughter. Before the players can stake their claim to the family fortune, each must survive the family attorney’s investigation into the mysterious disappearance of Woods’ adopted daughter Mona. Why did Mona suddenly run away before the death of Woods? Will she show up to claim her fortune, or was her disappearance the result of a conspiracy? As the story unfolds, family members turn on each other and murder is the weapon of choice to reveal a dark secret.