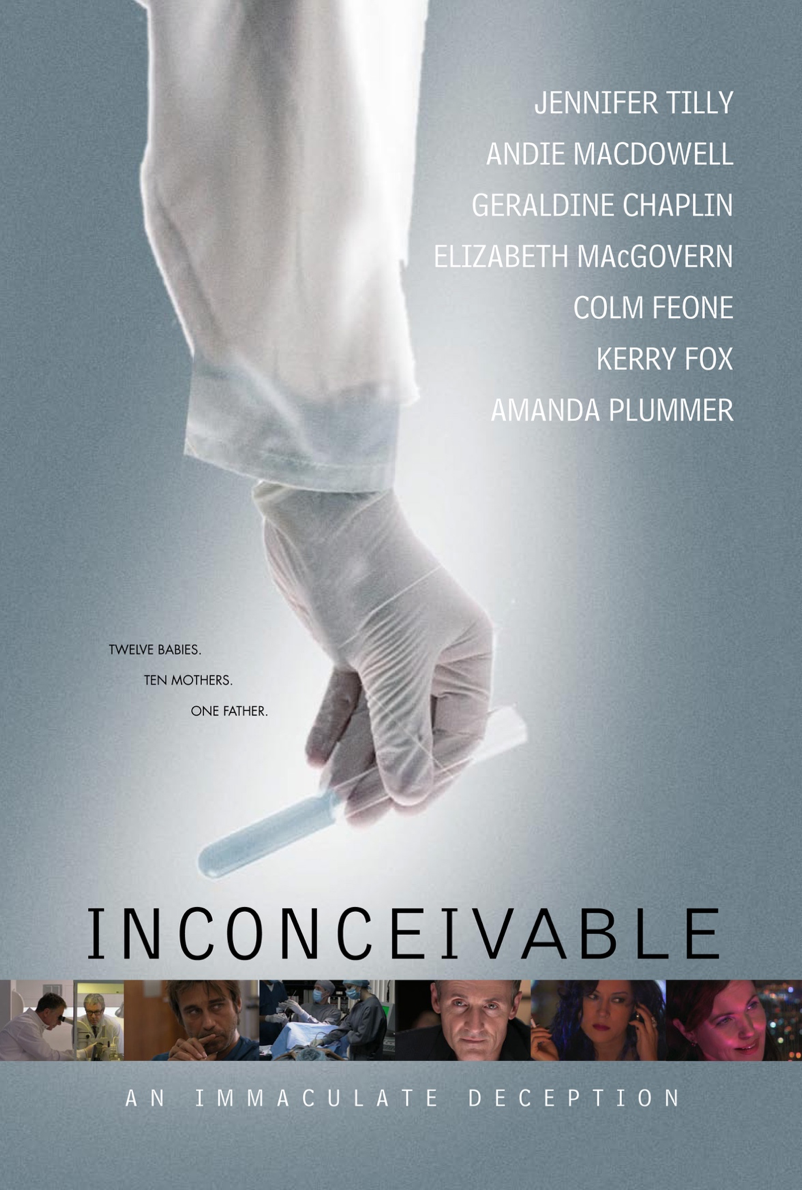 Synopsis: Inconceivable tells the story of two adventurous women in love, and desperate to have their own biological children.  They embark on an experimental scientific process which creates sperm from their own stem cells.  Chock full of humor and unexpected twists, their journey ultimately shows them that life is a gift and all families are crazy.