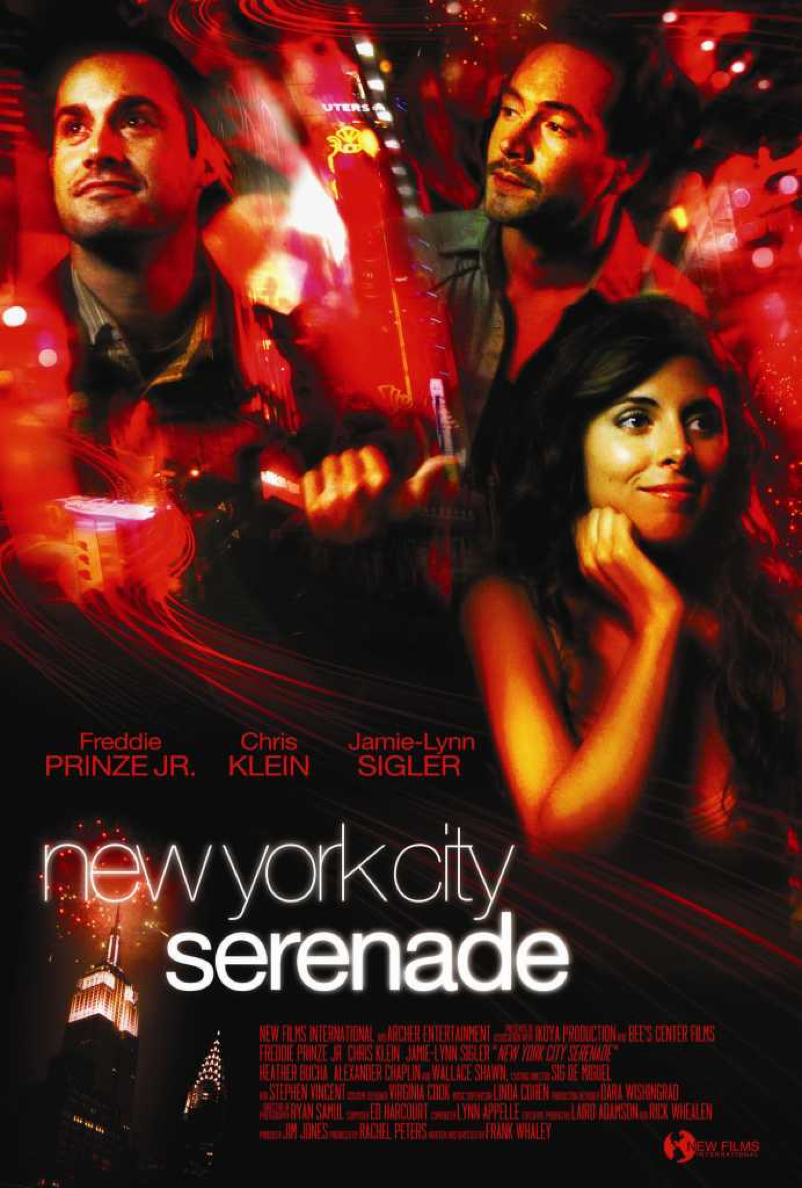 Synopsis: Two down on their luck childhood friends struggle to figure out their lives. Ray (Chris Klein) is a drummer in a rock and roll band, and Owen (Freddie Prinze JR.) an aspiring filmmaker but both spend the majority of their time working menial jobs and drinking. When Owen’s fiancé, Lynn (Jamie Lynn-Sigler) breaks off their engagement he finds himself spiraling into oblivion and asks Ray to accompany him to a two bit film festival in Kansas. There Owen makes several attempts to patch up his relationship, while Ray scams them into a deluxe suite at the Four Seasons by posing as Wally Shawn’s son (who happens to be receiving a lifetime achievement award) and causes a major ruckus.