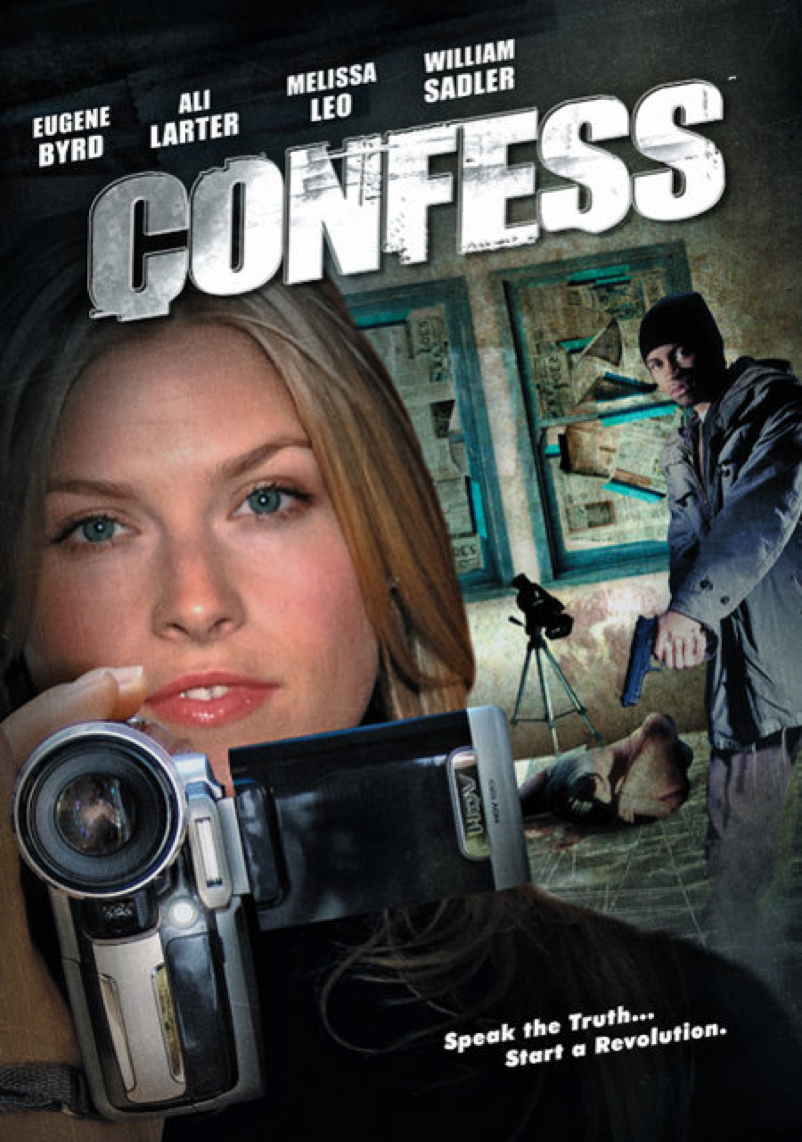 Synopsis: CONFESS charts the exploits of disillusioned ex-hacker Terell Lessor (Eugene Byrd). Employing strategically placed spy-cams, he captures compromising footage of those who slighted him in the past, broadcasting edits via the Internet. Recognizing the power of this model, and working in tandem with accomplice Olivia (Ali Larter), he targets CEOs, politicians, and members of the power elite. Soon Terell’s every action is front-page news, law enforcement has labeled him a new breed of terrorist, and the movement he spawned is spiraling out of control.