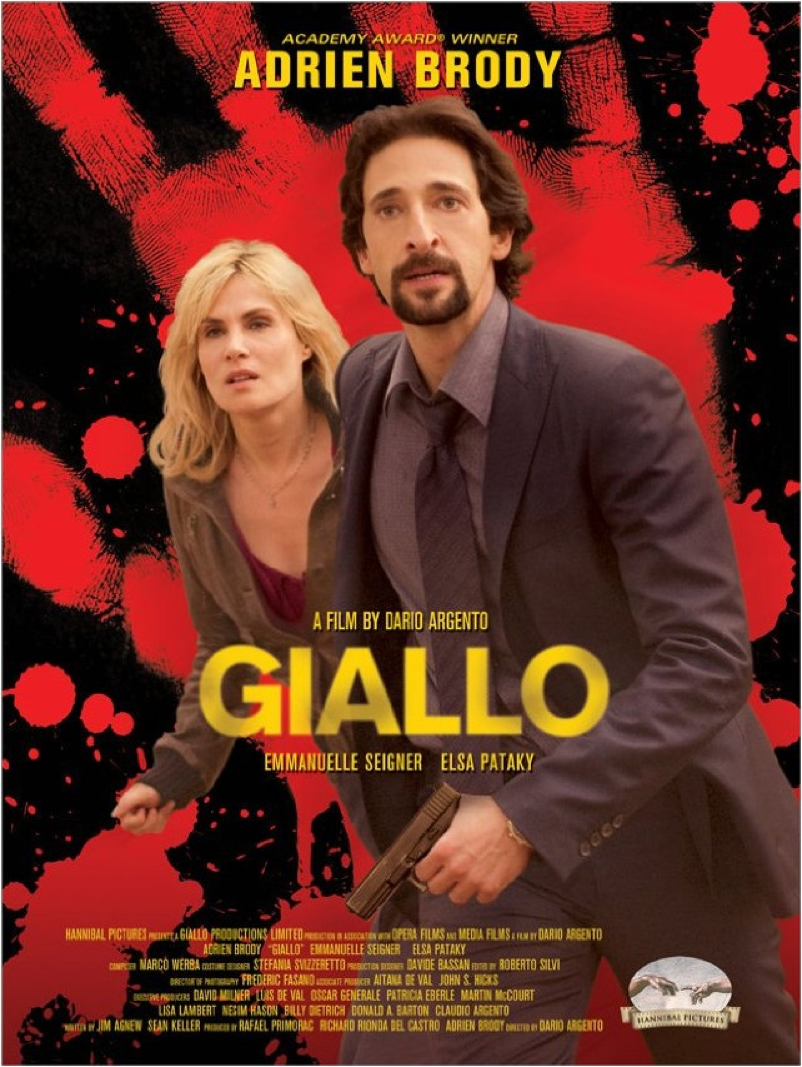 Synopsis:  While living in Italy, Celine (ELSA PATAKY), an American model, is abducted by her taxi driver while en route to meet her visiting sister, Linda (EMMANUELLE SEIGNER).  The next morning Linda reports her sister missing and is directed to F.B.I agent, Inspector Enzo Avolfi (ADRIEN BRODY).  He is town from New York City on special assignment investigating a serial-killer who kidnaps foreigners to destroy their beauty.  When a Japanese woman, who claims to have seen the killer, describes his skin as very “yellow” in color, Linda concludes that the man may have Jaundice.  The two team up in a race against time to find her sister and the maniacal serial-killer known only as “yellow.”